Show educations.com as: Mobile
We use cookies on our site to give you the best experience possible.

Both electrical and electronic engineering today usually require the use of computers and computer-aided design programs to design electrical systems. Electrical/ electronic engineers have an in-depth knowledge of the basic circuit theory, quantum mechanics, and interactions of elements such as diodes, transistors, inductors, resistors, and capacitors.

There are a variety of study options available worldwide within Electrical/ Electronic Engineering: 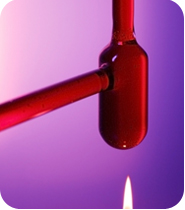 Do you enjoy mathematics and life sciences? If so, the study of biomedical or pharmaceutical engineering might be for you!

Find out more about these subjects here, and start a new, promising education in an exciting field of engineering!

Forum
Good Universities in Russia Hi, I am about to complete my 12 grade and i want to go to Russia for my further study. Can anyone recommend me some good Universities offering Chemical Engineering in Russia. I have also started a...
Read thread