Show educations.com as: Mobile
We use cookies on our site to give you the best experience possible. 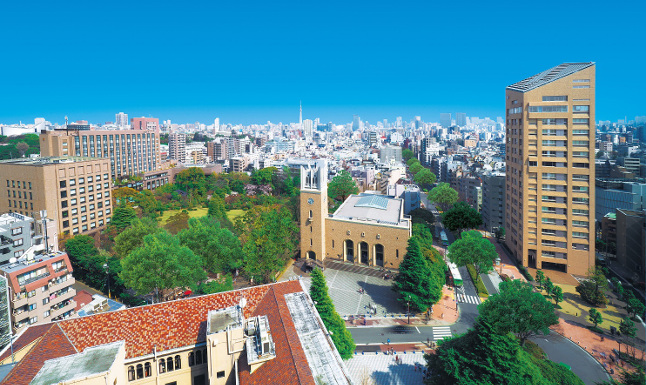 Waseda’s culture and traditions have evolved over time since 1882, but its founding principles remain firm. The Waseda spirit lives in the hearts of over 600,000 alumni. Here, we present the changing and unchanged about the University.

A Japanese statesman who served as the prime minister, Shigenobu Okuma founded Waseda University, then called Tokyo Senmon Gakko, on October 21, 1882. In the first class, 80 students enrolled in the Departments of Political Science, Law, English, and Physical Science. With wishes that the students of Waseda to be altruistic and help others in need, his words were, “Be ambitious to contribute to the world without regard to the benefits yourself, family, or your country.”

Waseda University is known around the world as one of the top universities in Japan. It has produced seven prime ministers so far, and its alumni are widely active in various fields, not only in Japan, but also on the world stage. Furthermore, under the principle that its founder Shigenobu Okuma advocated, “Harmonization of Eastern and Western Cultures”, Waseda University has proactively opened its doors to international students since its founding. Currently, 5,000 international students have enrolled from 105 countries, which is the largest number among Japanese universities. Without a doubt, Waseda is the most internationalized university in Japan.

Located in central Tokyo, Waseda University has over 5,000 international students and 50 English based program. Learn what attracts so many to the vibrant city here!

Be the first to write a review!